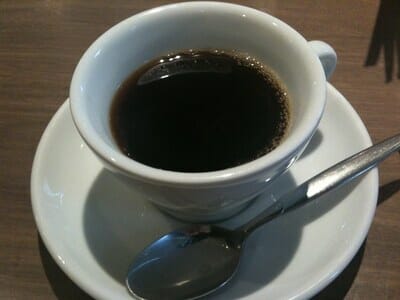 The new path of Spirituality is not based upon other people telling you what to do. It is based upon a willingness to surrender to the God Source within and being a channel for its energy as you do life.

My dear friends of Divine Consciousness, this is Brother Thomas from the Seventh Ray. I come to all who consider themselves spiritual but not religious. Yes, we know many of you attend church regularly–but that does not mean you slavishly follow all of the church’s teachings. It just means that you’ve continued to be with a group of church people you feel fondly towards. Are you one of those who are making peace with the fact that you no longer find deep spiritual meaning in your religions? If so, our word for you today is to seek Light–not religion.

There is a difference between religion and spirituality. Religion is based upon a set of received teachings that are followed as the tradition dictates. Religion is a human understanding of sacred teachings and an interpretation of what highly spiritual and mystical teachers have said. In the sense that religion provides a basic template for living–it is good. Blind religious faith towards dogma or religious leaders is never good.

Spirituality is a quality of soul that develops over time as one believes and opens to divine forces beyond what one normally perceives by their ordinary senses. It is seeking the power of Divine Consciousness behind the religious teachings.

A spiritual person recognizes that behind any good and loving thing is the influence of a divine force. As a substance, spirituality is the degree to which one’s life is guided by the light and loving forces of Divine Source.

Spirituality does not mean being anti-religious

We are not anti-religious in the sense of hating or condemning large swaths of churches and people. In fact, we readily admit that religion has many admirable qualities. Hospitals, universities, support groups, and large venues of art and music have made significant contributions to humankind–courtesy of the world’s religions. We would not like to see any of these positive things go away. On the other hand, religion brings a non-heavenly host of problems.

Spirituality rejects as invalid any religious teachings that another.

Many religions exclude and condemn those who do not believe their teachings. There are many present-day established religions with histories of genocide and killing those opposing or disagreeing with them. These organizations hardly acknowledge their past and go on as though nothing of the sort ever happened. For the record, opposing heresy is an organizational and political strategy–not a spiritual quality. Truth can never be owned by any single secular leader or organization–religious or otherwise.

Even today, where religious theocracies rule, one finds brutal and harsh treatment including torture, maiming, and killing those who oppose the system. These regimes are especially unkind towards women and non-CIS gendered individuals. No satisfactory excuses can be proffered for the historical crimes of religious exclusion, judgment, slavish adherence to dogma, close-mindedness, political striving, and wars.

A true spiritual teacher cannot endorse any religious teaching as valid which advocates teachings or actions which produce physical, mental., emotional, or spiritual harm to others–no matter the teacher or source of scripture.

In many democracies, religions partner with political power brokers to legislate their notions of good, bad, right, and wrong using the political process to accomplish control over others it cannot obtain using the religious influence of its teachings. On the other hand, It is a common practice for politicians to seek votes from large blocks of religious men and women–while privately holding none of their beliefs. Each uses the other to accomplish its own ends.

In the United States, political and evangelical leaders intentionally marry the concepts of Christianity, free enterprise, and democracy–allowing each side a unique control over the other. When successful, opposing the will of the state becomes the same thing as opposing God. To the delight of many power-hungry leaders, the braiding of these three concepts allows them the convenience of controlling large masses of people.

On the other hand, spirituality does not seek to impose control over others and abhors harm to any living thing–especially humans. We could go on–but our goal is not to hold court against the worlds religions. There is another way.

It is time for people to assume their proper role as a Spiritual Sovereign. A spiritual sovereign understands that one must make their own decisions–apart from traditional religious teachings–about what is good, bad, right, or wrong for them.

Spiritual development happens one soul at a time. One may not rely upon the good faith of religious traditions to make these decisions for them.

Religions thrive best on blind faith. When questions arise, blind faith requires one’s to defer to whatever a religious leader says is the right answer. A spiritual sovereign decides for themselves where Divine Source is leading them. Blind faith often references the teachings of an exalted master; but when push comes to shove, they usually follow a traditional path developed over the ages no matter what. This often leads to treating women and others in the same ways that Syrians, Greeks, and Romans did thousands of years ago–despite the evolution of laws and emotional thinking.

The spiritual sovereign loves Divine Consciousness and accepts all–especially the marginalized of society. Though impeccable about living their values, they never force others to live as they do. Blind faith insists that believers should believe and follow a teachings–even if they bring harm to those who understand things differently.

A spiritual sovereign is a light seeker. They seek the highest vibration they may be able to find at any given moment as it relates to people, places, things, and themselves. They live in a state of gratitude–even when things do not always happen as they wish. The goal of the lightworker is to be a channel of divine light that blesses all.

We are not stating that the religious people you know are bad and to be avoided–not at all. Religious people are following the path that is right for them given their soul’s development. If you are a member of a religious organization, treasure your friendships and enjoy all traditions which are good and uplifting. At the same time, refuse to participate and speak against anything that isn’t kind or that excludes others.

If you belong to a religious group, at some point your spiritual growth will exceed those in the group to which you belong. When this happens you will need to adopt new beliefs and find new friends that can help you grow further.

Are you awakening from religion? If so, you cannot un-see those things about religion you have seen. Your choice is simple. You may follow an old path that you’ve outgrown or blaze a new trail that will most likely seem uncertain to you. Perhaps it is time for you to become a Spiritual Sovereign and set religion in its proper place. You have graduated from high school. Now it is time to advance your studies. Thank your religion you even as you move forward.

Because life is precious, Spiritus Lumine, the mystical path of secret knowledge and spiritual power, does not tell others how to live their lives. Instead, its teachings seek to point one to the Divine Light which connects and unifies all things. As you trust in Divine Source it will lead you where you need to go until you reach the highest summit.